Future-Proofing Psychology: Tools We Can Use Now To Improve Confidence in Our Science and Practice

About this free workshop

Advancing scientific progress in psychology relies on the replication and reuse of research. Computational reproducibility - the quality of a research project of having sufficient code, data, and documentation to allow another researcher to rerun the code and get the same results - is the foundation upon which replication and reuse is built. However, despite an emerging culture of sharing code and data in psychology journals and data-sharing ethics policies from the American Psychological Association, the research practices needed to achieve computational reproducibility are not widely adopted.

Historically, the ability to share and reuse computationally reproducible research was technically challenging and time-consuming. One welcome development on this front is the advent of containers, a new technology intended to facilitate code sharing for software development. Nevertheless, containers remain technically demanding and imperfectly suited for research applications.

Widespread adoption of containers by psychology researchers requires that the technology be accessible, user-friendly, and better suited to the needs of researchers. One solution is to create tools that are designed with researchers in mind, rather than developers, to simplify the process of creating and reusing containers for research. We will illustrate how this approach to tool-building helps overcome barriers to reproducibility in psychological research. This talk will present an overview of tools and practices that fit this approach and their use cases, including Binder, Rocker, and Code Ocean - a computational reproducibility platform built for research.

Reserve your seat as space is limited

Your seat is reserved. Enjoy the workshop.
Oops! Something went wrong while submitting the form
Add to Calendar 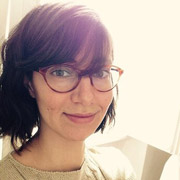 April is an epidemiologist, methodologist, and expert in open science tools, methods, training, and community stewardship. She holds an MS in Population Medicine (Epidemiology). Since 2014, she has focussed on creating curriculum and running workshops for scientists in open and reproducible research methods (Center for Open Science, Sense About Science, SPARC) and is co-author of FOSTER's Open Science Training Handbook. In her current role as Outreach Scientist at Code Ocean, she trains scientists in computational reproducibility best practices.