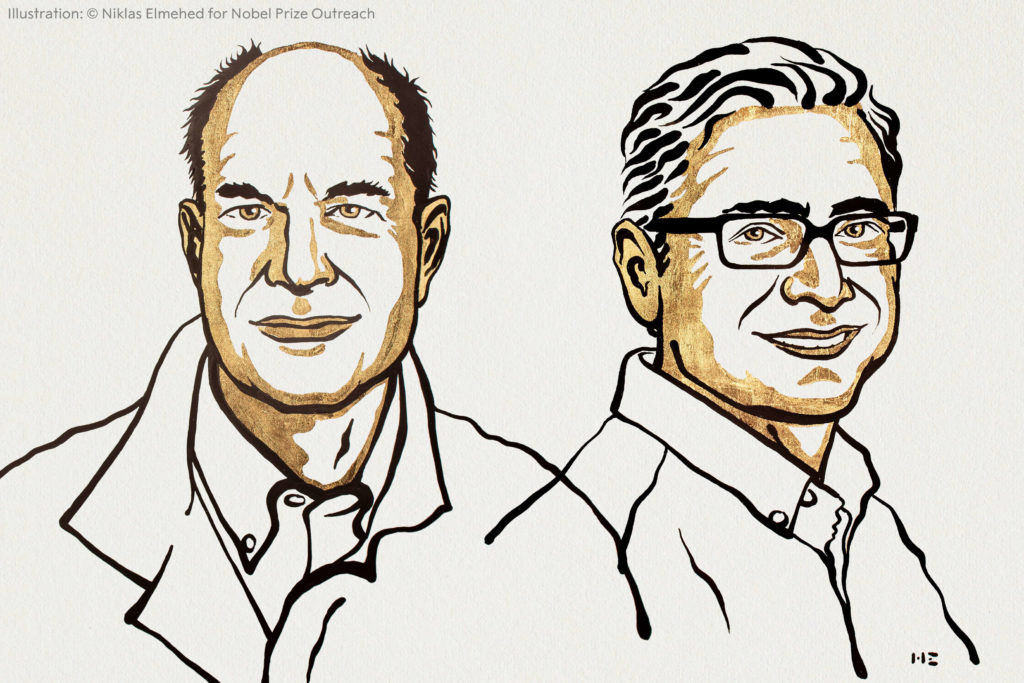 Every year I eagerly await the announcement of the Nobel Prizes, especially in the sciences. It is a joyful and special moment to see science celebrated around the world and to learn about the profound discoveries research teams lead by exceptional scientists have made.

First and foremost, congratulations to David Julius and Ardem Patapoutian for their outstanding achievement. There is no higher honor in the world of science than the Nobel Prize, and the two award winners, like every one before them, richly deserved it for their work on receptors for temperature and touch.

Something Ardem Patapoutian said in his 2 AM interview with Adam Smith, Chief Scientific Officer of Nobel Prize Outreach, really struck a note with me:

“In science many times it’s the things that we take for granted that are of high interest.”

This philosophical statement succinctly summarizes one of the great challenges of science: making sense of and explaining the world around us. This year’s Noble Price is a particularly relevant example of that. When the headlines about the award popped up in my feed early this morning my first reaction was “haven’t we known this for – like – ever?”.
The answer, clearly, is no, the fundamental processes of perception of temperature and touch, which we rely on countless times a day and which are so critical to our survival and well-being, were not well understood until Julius started working with capsaicin in the late 1990 and Patapoutian focused on how mechanical stimuli are converted into the senses of touch and pressure in the mid 2010s.

The award highlights a second important and broadly relevant concept: to answer the big and important questions it takes more than asking them. You need to ask them at the right time, when the tools to answer them are available.

“In science, many times we focus on the big questions, but you have to ask it at the right place, and the right time, where the tools are present to answer those questions.”
Ardem Patapoutian, Winner Nobel Prize in Physiology or Medicine 2021

It’s this combination of exceptional talent, an inquisitive mind, that isn’t afraid to ask the big questions, grit to keep chipping away at it with it for years – or decades -, the insight into when the time is right and the foresight to bring together the necessary tools and people that leads to great discoveries, and Nobel Prize awards.

The two award winners dedicated their lives to unravelling the mystery behind our sense of temperature and touch and with that, I believe, did not only make fundamental discoveries but encouraged every scientist (and future scientist) to do what science is supposed to do: ask questions about the “things that (…) are of high interest” and keep looking for ways and tools to answer them until they are.

Congratulations from the entire Code Ocean team to the 2021 Nobel Prize winners!